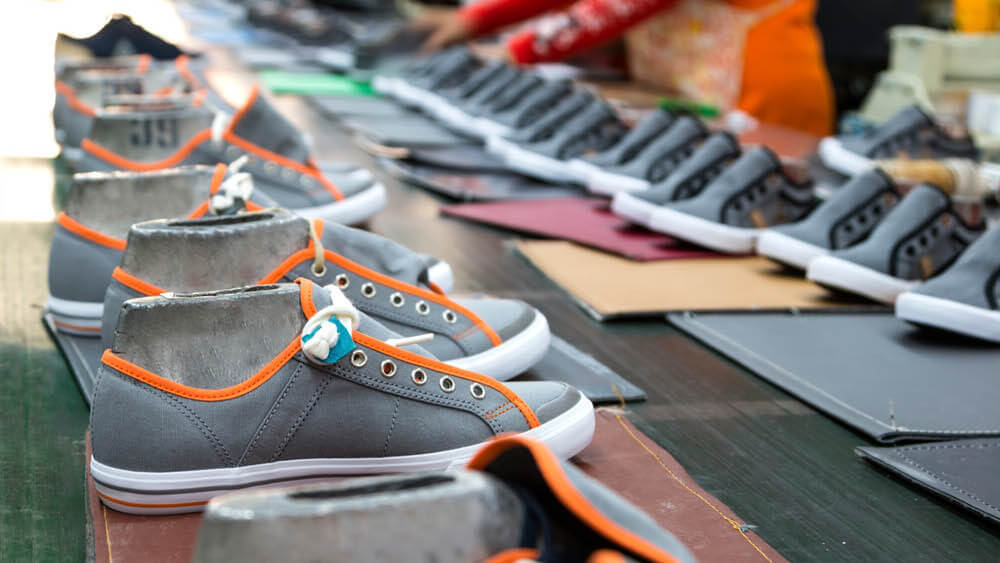 Posted at 21:53h in The Best Leather Blog by ednewpl 0 Comments
0 Likes

Turkey has very huge potential for producing footwear especially sneakers and slip-ons. You could benefit from fast, quality, highly flexible production and variety of materials in Turkey. We could help you for your sneaker production projects in our footwear factory which is equipped with technological machineries and operated by a professional team. You could get more information by visiting www.pegia.com.
Turkey is considered as one of the world leaders in global manufacture of sneakers, ranking tenth according to World Atlas (2014) which estimates that Turkey produces a staggering 175 million pairs of sneakers in 2010. In addition, the number of firms in the sneakers production industry in the Eastern European nation is projected as 6887. Between 2010 and 2014, the industry realized a 32% growth (World Atlas, 2014).
According to Parisi (2015), the Turkish sneaker industry depends on the leather industry which is advanced in the country. Economic reviews indicate that leather has been an instrumental component of the Turkish economic growth, the industry having been in existence for the past five centuries. In 2013, shearling leather was a leading export from the country. Notably, the industry provides direct employment to 65813 individuals working in the over 6800 sneaker firms (Parisi, 2015). Demographic review of the distribution of sneaker firms across the country show that most of the companies are located in Istanbul. However, satellite and competitor firms have also been set up in cities such as Konya, Ankara, Manisa and Adana among others. The principle reason for the decentralization of the sneaker companies is to exploit the leather produced in the surrounding localities.
2013 reviews showed that Shoe production in turkey surpassed the 280 million pairs mark, a drastic increase from the 2010 estimates. Besides sneakers, Turkish shoe industry is also involved in the production of plastic shoes, boots and slippers. The current production capacity of the Turkish firms is believed to be around 500 million pairs annually (Parisi, 2015). Latest trends have seen the country venture in the production of military boots, work shoes and safety shoes. This new opportunity is expected to lease new life into the sneaker industry. Besides, the shoe parts industry is also developing, currently constituting 5% of the shoe industry.
References
Parisi, S. (2015). An overview of the Turkish shoe industry. ShoesTech World. Retrieved from: http://www.shoestechworld.com/an-overview-on-the-turkish-shoe-industry/
World Atlas. (2014). Top shoe manufacturing countries. WorldAtlas.com. Retrieved from: http://www.worldatlas.com/articles/top-shoe-manufacturing-countries.html