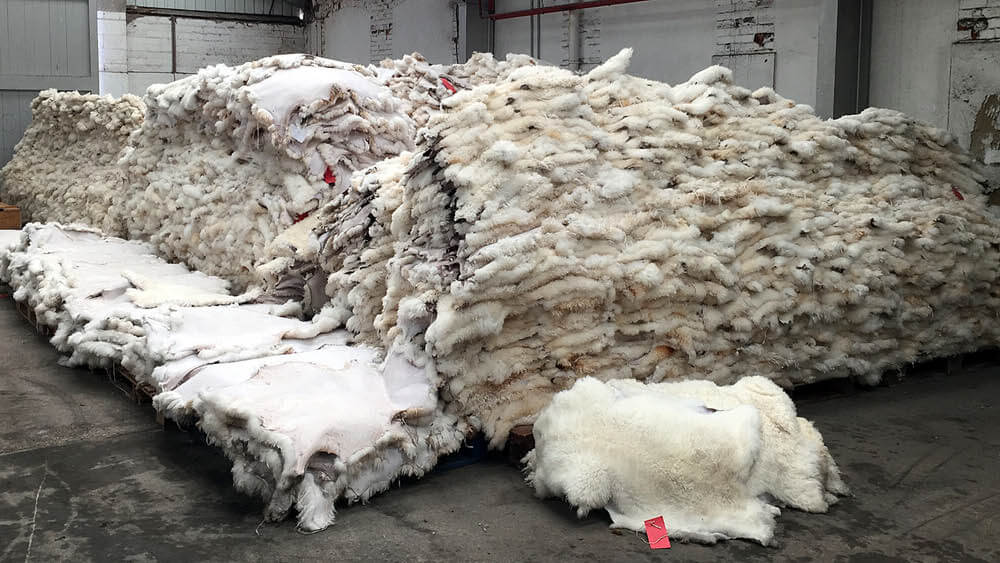 Posted at 17:53h in The Best Leather Blog by ednewpl 0 Comments
0 Likes

Sheepskin industry in Turkey doesn’t need to be introduced. A lot of goods produced here are of the
skin of sheep. This natural material has several benefits thanks to which it is so widely used from the
times the mankind has appeared. Leather industry in Turkey goes back to the 12 th century and after
conquering Constantinople (the historical name of Istanbul) by Turks in 1453, Fatih Sultan Mehmet
decided to set first leather manufacturing industry in Kazlıçeşme. Since that time Turkish leather and
sheepskin sector has been occurring leading positions in the world.

Leather and sheepskin businesses in Turkey are closely interrelated. It is known that the most widely
used material to produce leather goods is skin of sheep. In sheepskin sector Turkey holds the second
place in Europe after Italy.
There 13 industrial areas in Turkey where the manufacturing of sheepskin goods is being placed. The
biggest of them are situated in Istanbul-Tuzla, Izmir-Menemen, Tekirdağ-Çorlu, Bursa, Manisa-Kula,
Isparta, Bolu-Gerede, Uşak and Balıkesir-Gönen.
The best known in Turkey and other countries these 3 districts:

Erdoğan Deri has been producing high-quality goods from natural leather and sheepskin since 1998.
Starting as a tiny tannery nowadays it is one of the best known in domestic country and abroad
Turkish manufacturer. Producing of natural leather and sheepskin goods is placed in the factory in
Corlu which occurs 5.000 square meters. More than 200.000 products are made every year by
sheepskin artisans with help of technological machineries.
Products under Erdoğan Deri trademark do not contain any harmful chemicals and there are used
100% environmentally safe methods to manufacture them. All the items were made by a team of
professionals with love and care to give you an opportunity to get as much useful properties from
natural sheepskin as it’s possible.
Erdoğan Deri has its own stock shop Pegia Plaza in the region of Yenibosna in Istanbul, Turkey, where
you can buy high-quality sheepskin goods for different purposes.
If you are looking forward to cow hides and sheepskin rugs, you can take a close look here.